"It’s not just a book—it’s a weapon aimed at the hearts and minds of the weak and the desperate, and it will give us control of them." Carnegie, the villain in the movie. 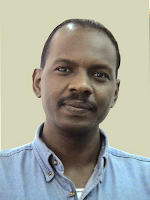 Reflections On "The Book of Eli"
Original article by:
Muhsin Khalid*

A friend posted a comment on my thread in one of the internet forums on cinematic issues to the effect that he did not like the movie "The Book of Eli". I advised him to give it another thought as I believed the movie's subject-matter is not as superficial and aimless as it might appear at first sight.
As a synopsis to the movie, a man by the name Eli (portrayed by Denzel Washington) drifts non-stop across the United States from east to west in the aftermath of an apocalyptic destruction of the human civilization.While Eli is walking through total destruction, sweeping famine and enormous degradation of human beings, another man, a villain by the name Carnegie (Jerry Oldman) is searching all along for a certain book which, it is clear, is in Eli's possession. The two men cross paths and Carnegie wants the book at any price. The conflict on the book erupts between the two men.
We notice that Eli (DW) is protected by a formidable supernatural power. By an invincible divine force. We also discover in the end that Eli has the book reserved in his inner recesses not as a physical belonging and that it is a sacred book.
Eli, then, lies down to rest from the intensity of the pains and tragedies he has endured on his way and be able to dictate the full text of the book while someone is ready to pen
down his words.This is of course after he has reached the point in 'the West' that was sought, where humanity has saved some of the books and collected a library for human heritage of all kinds.
The symbolism here is clear. Christianity as a matter of history has moved to the west from the east after it faded in its native origin. It is also clear that the encoding refers to the Bible, which in fact had not been saved that way.
The Qur'an is the only book that was preserved this way i.e in the hearts of believers and via auditory frequency. It is preserved this way to this day.
Eli (DW) himself matches well in his skin color to Imam Nafi 'ibn Abi Naim Al-Laithi, a Qur'an reader from whom the two most important accounts of the Qur'an had descended viz.
the Warch and the Qalon accounts. Imam Nafi was a black man who lived in Medina (in which prophet Mohamed sought resort from the oppresors in Mecca in the early days of his calling). Despite the fact that all sources agreed without exception as to this description of Imam Nafi, he was reported to descend from Isfahaan as if Persia (Iran of today) became, with the pride of this man, the natural habitat of the dark races, or as if we do not know where lies the geography of black people! No one, Roman or Persian, argues that Kafur,
the black eunuch who ruled Egypt for two decades, was Ethiopian or Sudanese. But this Nafi, without whom the most important accounts of the Qur'an would have disappeared,
is of course a black Persian!
Imagine!
The story told by the movie "The Book of Eli" is only valid if it were to describe the preservation of the Qur'an. One can say that it is a story that is wrongly attributed.
Other scriptures will elude the provision of such preservation and recording as those
which were bestowed on the Qu'ran.
The Book of Eli (2010)
118 min  -  Action, Adventure, Drama - color
Denzel Washington (Eli)
Gary Oldman (Carnegie) Mila Kunis (Solara)
Producer: numerous producers
Directors: The Hughes Brothers: Allen and Albert Hughes (also made American Pimp, Menace II Society, From Hell)
Cinematography: Don Burgess
Music by: Atticus Ross, Leopold Ross and Claudia Sarni 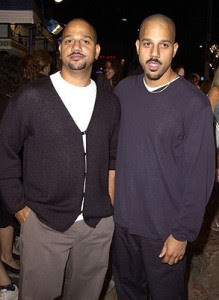 *Muhsin Khalid is a novelist and a scholar.

Popular posts from this blog

July 18, 2012
Former Ottomans, Pharaohs Court Black Mama 2012 must be a landmark year for African cinema!
Soon after the Istanbul Modern screening of African films in January, The first edition of
the Luxor African Film Festival (AFF) took place on Feb. 18th – 28th, 2012 in Luxor, Egypt.
Both festivities had in common a private and independent nature;
away from beaurocracies of governments! They both shared the declared goals of seeking alternative film screening platforms and building of capacities and networking. The Istanbul Modern is a movie theater that is part of the İstanbul Museum of Modern Art, Turkey’s first private museum which was founded in 2004, and has become a multipurpose cultural center on the shores of the Bosphorus.
Just in case you are visiting Turkey, screenings are free of charge for museum visitors and members! The Egyptian festival of Luxor has made sure steps toward becoming a major festival in Africa in terms of the large number of African movies screened, ranging between s…
Post a Comment
Continue reading>>