Showing posts from March, 2013
Show All

Young African filmmakers listen to master Gerima Click here to see more photos by Egyptian photographer Hasan Amin The Luxor African Film Festival (LAFF) concluded its second edition Sunday March 24th 2013 in the historic Luxor city in Egypt. The festival ran in several venues in the city. It was characterized by workshops on filmmaking presented by Egyptian filmmakers under the guidance of Tunisian filmmaker Mr. Reda Elbahi. A fourth workshop was conducted by world-renowned Ethiopian master filmmaker Haile Gerima (maker of Teza , Sankofa etc.) Here is what LAFF organizers had to say about Gerima's contribution: ".. Haile Gerima's Workshop in Luxor is a big African and international occurrence. Youth of Africa will get an opportunity to gather and get to know more about each other; to discover their imaginations, perceptions and common issues and problems. As a result, a new generation of filmmakers will appear in our mother continent Africa. Accordin
2 comments
Continue reading>> 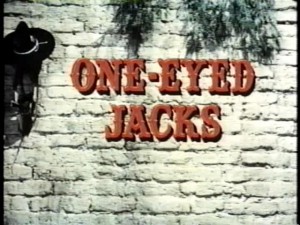 "One-Eyed Jacks was one precursor to the Spaghetti Western (SW). In a SW, the protagonist is a revenge-seeking tough guy, a convict or a bounty-hunter but a 'cool' anti-hero (like, say, Eastwood). The main difference between One Eyed Jacks and most SWs, however, is that Jacks has a truly worthwhile story, which can't be said for most Italio-Westerns; also the anti-hero in "One-Eyed Jacks" slowly transforms into a potentially positive member of society." "The film's influence goes well beyond just the Spaghetti Westerns. Take, for instance, Brando's crucifixion-style beating and long restoration. The film "Conan the Barbarian" pretty much ripped-off this entire sequence; Arnold Schwarzenegger even admits to it." Tarantino's latest movie Django Unchained borrows the visual brilliance of the protagonist training to draw his gun faster when Jamie Fox practices gunslinging . Watch Full Movie Free It
Post a Comment
Continue reading>> 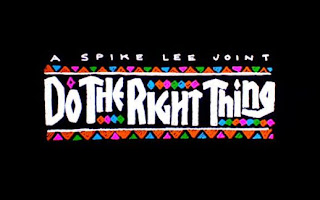 "This movie is dynamite under every seat," wrote Newsweek's Jack Kroll. "Race is the unraveled sign of the contemporary age." Norman Denzin. "It's not like this thing has disappeared because (President Obama) is in the White House," Spike Lee on racism . It seems that racism needs to be practiced some more. Let's shake it well next time so that solutions to its many issues settle down evenly in our souls. To be black or white is a once in a while thing. The while being this Godly time. It's eternal! So here is a movie that does not transcend this eternality. The setting? I guess Brooklyn is a hard setting for such a dealing. Probably a sub-committee in one of the UN venues is a lot better. But it is Brooklyn! This is an environmental movie with an anthropological subplot to it. The weather and the marginal existence(s) ...Asians, Puerto Ricans etc.! The centrality of the heat was best emphasized by Spike Lee in some brilli
Post a Comment
Continue reading>> 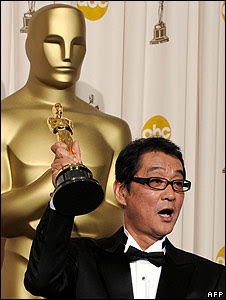 Filmmaker Takida おくりびと First time I saw this movie was when I visited a friend who ran a movie theater in London and got an instant invitation from him to watch a movie right behind the spot where we were chatting.  More than a year later, this friend passed a mysterious envelope to my hand when he started to withdraw from the crowded reception room where I was receiving mourners on my brother's death. He said: "A gift for you!" The envelope contained a DVD of none other than the movie we saw together Departures , the Japanese movie that shows how the dead can possibly get a nice help in their departures! It was a well-thought-of expression of grief from my friend. After he left I rummaged the envelope. There wasn't a 'stone letter' lurking behind the DVD! How To Make Death Part Of Life? A Summary Daigo (a musician) who lost his job moves from Tokyo with his good-spirited wife back to his small childhood town to rethink his options. He and his wife
Post a Comment
Continue reading>>

"When people ask me if I went to film school, I tell them no, I went to films" Quentin Tarantino "mediocre writers borrow; great writers steal" T.S.Elliot "I don't invent, I steal" Ingmar Bergman Tarantino is thought of, by many, as the king, the archetype of 'borrowed' movie making due to his extensive use of popular cultural references. His new movie  Django Unchained  may be labelled his utmost intertextual enterprise. His most ecstatic visual 'text'. It is not a recycle or a remake, I must hasten to assert. * A single frame. A fleeting glimpse had me searching the web. Ok. what search terms should I use? The most unused, I guessed. Image Bloodied Cotton. Got it. Amazing to find someone with identical pursuits. But, maybe different purposes. "The (...) shot of blood spray hitting blooms of cotton is going to be remembered for a long time." Wrote blogger Fiero Fredo Thanks Fredo. Watch the movie shot
Post a Comment
Continue reading>>
More posts