Showing posts from April, 2013
Show All

Part Three Ennio Morricone I talked about a Christie and a Christy in part two. In a soundtrack suite for  The Big Gundown  complied by Soundtrack Suiter in Youtube only the last few sentences of the song Run Man, Run can be heard. I remember I had an LP vinyl record from the early seventies that had the whole song among other Morricone film scores. I used to wonder over the years, why this song appears to have been neglected. In fact, I did not have enough resources to answer my questions about this singer's appreciation by either fans or critics. In the late sixties and early seventies, title or theme songs were becoming a trend in soundtrack compositions. Examples were the songs in the James Bond movies and several Italian and French movies. I always thought that the singer Christy who performed this great song (Run, man. Run!) was no less gifted or endowed with a powerful voice than Shirley Bassey (Goldfinger), Tina Turner (Golden Eye), Madonna (Die Another Day) a
Post a Comment
Continue reading>>

Scenitunes: Once Upon A Time Morricone (2) 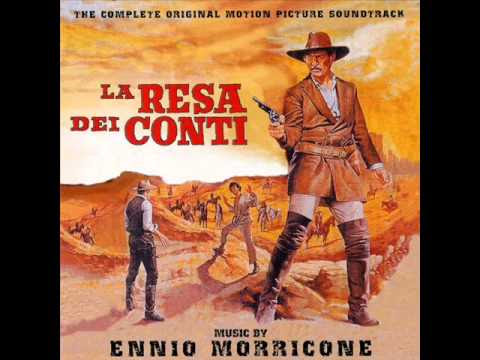 Part Two I Knew Christie A UFO Text based on Morricone's music. Tired Christie lay motionless. No one knew how to keep her on our faintly rattling chain of life. Many were our chains and entrappings. Then in one of her murky faints Christie disappeared. No one knew anything about her. I was secretly happy! Disappearance is more honorable than cadaverous death. I rejoiced in secret. Death did not make her parting with life hard. Did not humiliate her as He always does. The most beautiful thing is that she is not officially dead. Or, maybe, she exempted me from the ritual of remembering the dead. Now it's me and the shredded body parts! Can I distinguish her smell? Oh, I wish I had a bottle of perfume to spill on her! But, it's clear her disappearance is more merciful than the most devout prayer. She was so optimistic that there is a place where men do not kill each other. She used to rejoice at seeing a newcomer. She would thoroughly scan his
Post a Comment
Continue reading>>

Scenitunes: Once Upon A Time Morricone

Part One Sergio Leone Quentin Tarantino (QT) calls his new movie Django Unchained  a "Southern" to convey the idea of revisiting the elements of the Spaghetti "Western", of which he is so fascinated, in a setting in the old-time racist South. The film reappropriates much of the music composed for Spaghetti Western movies of the sixties of last century made by Italian filmmakers Sergio Leone and Sergio Carbucci (& S. Sollima?). The soundtrack is one of several aspects of the movie that was excessively talked about even before the movie's release on Christmas 2012. Parts of a lecture addressed to students in Rome by composer Morricone, were propelled as to mean that Morricone was disappointed with Tarantino's 'incoherent' use of his music. What makes things rather confusing is that two months before the release of "Django Unchained", El Maestro Ennio Morricone presented its director QT with a life-time achievement award in Rome,
Post a Comment
Continue reading>>
More posts