Showing posts from December, 2012
Show All

The Poetic Language of Cinema

Through its century-long history of existence, cinematic expression has continued to reside, at least in its mainstream manifestations, in the domain of prose . The many possibilities for the articulation of meaning, with which the new medium was born, have lent themselves to the rationalistic nature of a particular kind of prose, namely that of narrative. What came to be known as Narrative cinema dominated the new medium and, influenced by the long history of literature and the novel, has assigned itself to a certain relationship with reality .[1]   It is indeed a legitimate question to investigate why cinema, and its language , has been deemed, since the early beginnings, as  a  narrator rather than a poet, while there are no innate proprieties that force such  a  characteristic upon the new medium. In the contrary, cinema in essence, we will argue, is rather a close relative to the traditions of poetry than those of prose.   This essay is a contribution in recla
Post a Comment
Continue reading>>

Me too! Let me quote from an excellent post in response to an important article {The Future of Arab Cinema} in the Guardian : "Though there was a move to modernise the entire [film] industry [in Egypt], the rumours are that many international suppliers have never been paid for the equipment they supplied. So I doubt they'll be supplying any more." "The vast archives of classic Egyptian film have also been allowed to rot (despite American offers to restore it all for free) and there appears to be little interest in safeguarding it. There is an interview on YouTube with the old Egyptian minister of culture where he opinions that the best thing to do with it is, quote, 'burn it!'. I am not convinced that the 'new' regime will be any better." "There was a time, a few decades ago, when Egyptian film was viewed on equal terms to Hollywood product, at least in Europe. There were regular entries in Cannes and other European festiv
Post a Comment
Continue reading>>

Tetro: The Virtue of Black and White 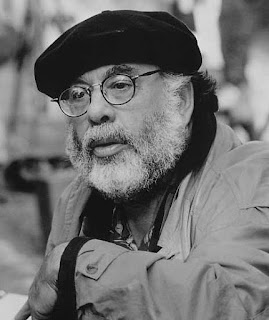 "The cinema language happened by experimentation – by people not knowing what to do. But unfortunately, after 15-20 years, it became a commercial industry. People made money in the cinema, and then they began to say to the pioneers, “Don’t experiment. We want to make money. We don’t want to take chances.” Francis Ford Coppola. It is such a vibrant, varied and unrelenting cinematic experience! An article would only be a faint appetizer after which you dive into the buffet of abundance and variety! Upon venturing to put words on paper you feel like besieged by the question where to start. But let us start by his 2009 movie Tetro which was screened as a sideshow in the Director's Fortnight Program at  Cannes International Film Festival, not the official competition.  Copploa had sent Tetro to Cannes at the beginning of the year and remained waiting for the answer, and only two days before the official announcements were to be made, someone dialed Coppola's numbe
Post a Comment
Continue reading>> 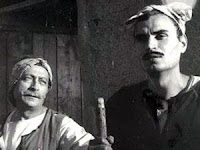 When asked in an online interview whether he thought Egypt would become “more free and liberal in the near future,” Chahine's reply was categorical and pessimistic: “No, neither in the near nor in the faraway future.” The Best Egyptian Movie A Film for yesterday, today and tomorrow. (As long as there are tyrants and rebels!) Article By: Badr Eddin Hassan Ali Seen and liked by thousands the world over, "The Land" 1969 by the late Egyptian master filmmaker Youssef Chahine, is considered one of the best Egyptian movies ever made. On a 1996 list of the best hundred Egyptian films prepared by cinema critics, "The Land" ranked number two; number one being the 1939 movie "Al-Aziema". "The Land"   tells the story of the struggle of the peasants against the landmasters in the thirties of last century in Egypt. It explores the sufferings of the peasants and their values and aspirations for a better life. It shows through an excellen
Post a Comment
Continue reading>>
More posts