Showing posts from August, 2012
Show All

"I feel so f**king intelligent while﻿ watching this." One Youtube viewer. “ And when the Lamb had opened the seventh seal, there was silence  in heaven about the space of half an hour." (Revelation 8:1) The Seventh Seal (1957) The warrior and his comfortably non-believing friend are  back from the Crusades of the mid 14th century into their plagued homeland. Death is everywhere. Belief is withering away in despair. O n a gloomy Scandanavian beach with ominously shredded black clouds, Death  materializes to the warrior and asks if he is ready "to go"!  Antonius Block, the warrior answers: My body, yes. But me? NO. Then Block, who luckily happens to have his travel chess game with him, invites Death to a game he seems confident to win. Basically he tries to "trick" Death into a respite! In this respite he unrealistically tries to acquire "knowledge"  not faith! One of his biggest questions was why God is being silent?    H
Post a Comment
Continue reading>> 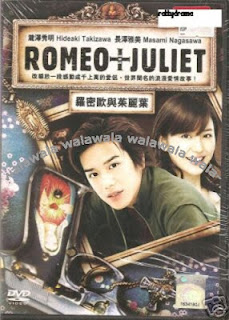 Romeo and Juliet (2007) Japan Original Article by: Fateh Mirghani-Japan I have just finished watching the masterpiece of Shakespeare” Romeo and Juliet “in its Japanese version. The quality of the movie is great and the soundtrack, injected with a little Japanese folklore music, has given it a sensational dimension and Eastern fascination! Basically, the theme of the movie remains the same as the original play, and that has been a particular Japanese notion in dealing with other nations’ cultural products. Part of the reason may lay in Japan's sensitivity to other nations’cultural products- given the long standing historical disputes with its neighbours, and part of it may lay in a fierce sense of homogeneity that has come to characterize Japan as an island nation-state since time immemorial. Thus the Japanese, unlike the Americans, don’t seem to have the temerity to ‘Japanize’ others’ cultural stuff. The movie “Renaissance man”  can be cited as an example of American
2 comments
Continue reading>>

Scenitunes: Shaft and a Whole Lot of Reggae 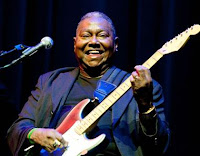 Remembering "Shaft" Getting to Know Charles Pitts (1947-2012) The movie "Shaft" (1971) is considered the most famous of a loosely defined film genre that was criticized into oblivion for misrepresenting black Americans. The short-lived genre which is dubbed Blaxploitation belongs to what is known as exploitation movies which are characterized by low budget and exaggerated sensational rendering that is meant to pique the audience. Other than exploiting themes of black American culture, exploitation movies are recently linked to several of Quentin Tarantino's movies such "Death Proof" (2007) which was a Carsploitation movie. Blaxploitation is obviously a term that combines black and exploitation. Yet many of these 'cheap' movies have earned critical attention and some are technically good. The movie "Shaft" at least identified with an unprecedented musical technique for composing a soundtrack which employed the agreeable distorting
1 comment
Continue reading>>

Movie Critic Article: The Genre and the Crisis

Reflections On Iraqi War Movies How many wars has the US been in so far? Seventeen? More? Check them out! How many movies were inspired by these wars or by the preparations for some more? Apart from internal, regional and world wars, there was Korea, then Vietnam. Then the fiasco of the invasion of the Bay of Pigs (Cuba),  Lebanon 1982, the escape from Somalia, the first Gulf war and the second Gulf war. Actually this last one along with the current war in Afghanistan are not yet history. They are part of a surreal universal combat named the War on Terrorism which is as broad and long-drawn as the Cold War (which was certainly a war, by the way). This combative history created its parallel in cinematic expression known as the 'war genre' of movies, a category of movies which has known stability of concept only through the fourties and fifies when it was largely understood as a message to the world declaring the emergence of the greatest world power on the land of t
Post a Comment
Continue reading>>
More posts