Showing posts from September, 2012
Show All

The Imperialist Design of Khartoum Part Two Article By Muhsin Khalid ﻿ C. Heston In this twenty-first century, we do not feel sorry that the colonially-minded British men had invaded, on orders from their queen, the security and peace of some peoples. We might find excuses for such acts based on historical circumstances. But we will feel sorry, in this vast future, in this new century that another British man wants to defend his past colonial fellow countrymen. There exist   until now those who are able to glorify imperialist arrogance through films and other means because colonialism has only changed its face and has not yet exited from the face of the earth. The matter is not over yet with the Americans still in Somalia and Afghanistan. The Israeli political machine, a product of this colonial culture, still occupies Palestine and parts of Lebanon and Syria! There must be such films, such incitement through a false history of colonialism that reiterates: Mus
Post a Comment
Continue reading>> 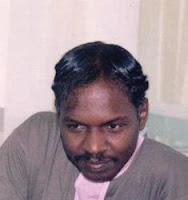 The Imperialist Design of Khartoum (1966) Part One Article by: Muhsin Khalid For those interested, in particular intellectuals, allocating a national budget for the production of cinematic depictions of historical events, such as the Mahdia era, safeguards against foreign attempts to rewrite history from a foreign prespective. This is because present generations have come to rely on and believe in the authenticity of visual representations of history without examining the stakes or reviewing. An example for the effectiveness of this provision for a national budget when it comes to the documenting history is that of "Omar Mucktar", a movie financed by Libya about its own hero which was deemed largely fair in its display of the historical events. The British movie Khartoum (1966) stands as a model of the falsification of history. Written by Robert Ardrey (an American who also wrote the book:  The Territorial Imperative ) it comes as an addition to other Briti
Post a Comment
Continue reading>>
More posts